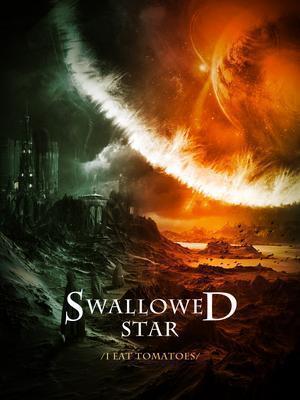 
Thank you for reading Swallowed Star novel. We hope we can provide you a good place to read and enjoy your favorite novels. Our novels will be constantly updated (and fixed, if there is any errors!) to the lastest updates for you!

If you see any errors within the novel and/or chapter contents, please let us know by using the report button at the end of each chapter. We will try to fix as soon as possible.

Swallowed Star takes us to the year 2056. The world is at the verge of devastation, and some people dedicate themselves to fight for survival. The main character of this story is Luo Feng, who starts having an age of 18 years and ends up becoming an immortal creature throughout the story. Don't worry. It is well-explained in the novel and the character development.

The novel advances pretty fast, compared to others. The main character has some unique abilities which make him outstanding from the others, and they evolve until he becomes one of the most powerful beings in the universe. There are other exciting things which appear during the novel, like cloning. It combines the science fiction and fantasy themes excellently, something which we are not used to seeing too often.

The story takes place in a deserted city, where everyone is fighting for surviving, as we mentioned above. Just like many other novels, it uses its version of a cultivation system. Other sci-fi elements which this novel integrates into its universe are mutations, and the protagonist can use multiple bodies.

The main character knows how to handle things from the start, and the supporting characters are just as good. There are only a few things about this novel which we can say are not right.

We can undoubtedly say that all the characters have a well-developed storyline, and little to no plot holes can be found throughout the story. It is an old novel. Swallowed Star was published in the year 2010, and since then, has gathered 32 volumes for a total of 1486 Chapters.

It isn't as long as other great novels, but is still enjoyable and has a new kind of content from what we're used to seeing in fantasy novels. You should definitely give it a try if you have the chance.

Last but not least, you may want to try to read these novels: